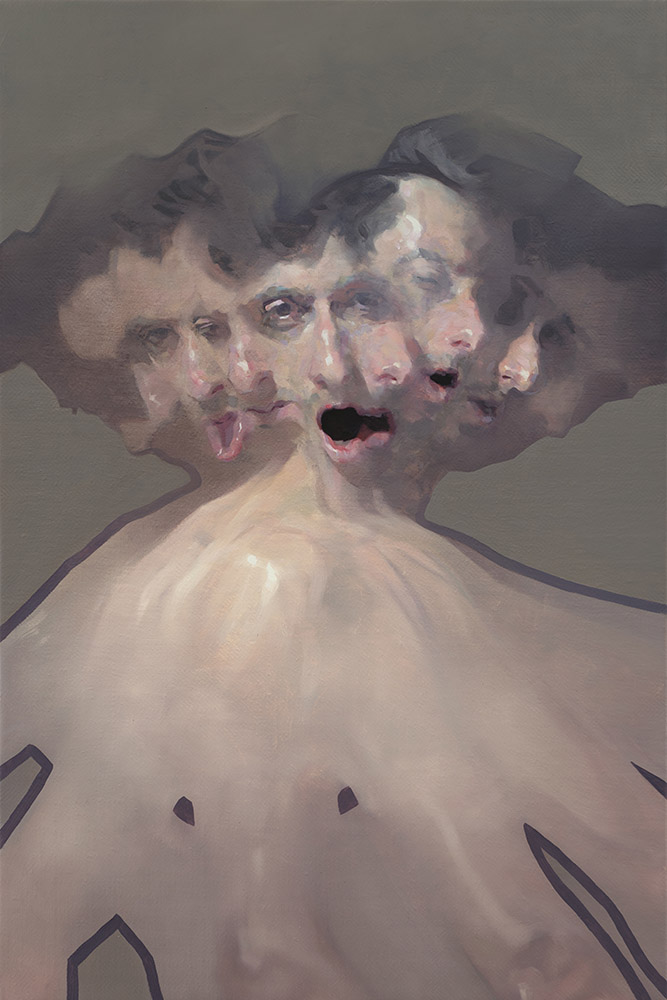 Nicholas O’Leary (1986) was born and raised in Gisborne, New Zealand and has been painting since childhood and exhibiting since his teenage years.

After graduating from the University of Auckland with a degree in Architecture in 2009, he moved as far away as one can from the sunny paradise of Gisborne, to Bergen, Norway. He still resides in Bergen where he can be found hiking in the spectacular mountains, amoungst the fjords or along the rugged coastline with his easel strapped to his backpack in often challenging conditions.

He has studied with and painted alongside many artists along his journey, most notably with Odd Nerdrum in Norway.

O’Leary works largely from life whereby the observation of previously unnoticed subtleties are prioritised. The recognition of these subtleties allows O’Leary to bend physical rules in his paintings and challenge our perceptions of truth and deception, reality and fantasy.

The accululation and manipulation of observations is not limited by a specific subject matter. He paints across the board, and has won international prizes in portraiture, figurative paintings, larger imaginative compositions, landscapes, cityscapes, and still lifes.